It’s 5:30 in the afternoon on the easternmost edge of the Great Plains, less than a mile-and-a-half south of the Missouri River that divides 2 states. A couple of storefront locations from a large pawn shop that’s so big it occupies a third of a city block, there’s a non-descript boxing gym.

On one of its doors—the one that’s always locked and reduced to functioning as a window with a keyhole and door handle—hangs a poster of the 2016 United States Olympic boxing team. The poster’s been hanging so long the sun has faded its color to different shades of blue. 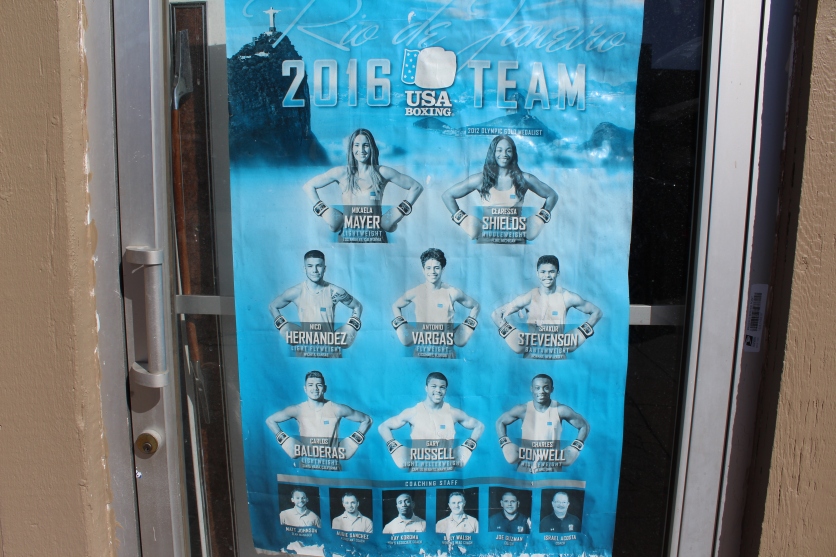 Inside, a father telling his son, in Spanish, to shadowbox. He sits there and watches. “Asi, asi”—like that, like that—the father says, showing his own version of a jab though his level of expertise is unclear. His son punches at the air, copying his father’s jab. Each time, his shirt slightly rides up his midsection. When he feels a breeze on his navel, he pulls the shirt down. From time to time, the boy—9 or 10 years old—responds to his father, in English. “Dad. Dad. Like this?”

Another father, sitting not even 10 feet away, is also there with his son. In between offering advice to their young boxers, the fathers talk to one another, mostly in Spanish. Their conversation sounds like quiet laments or excuses for why, despite their efforts—perhaps even prayers—they aren’t raising prodigies.

“Este cabron no deja de tragar,” one father explains his son’s prebubescent paunch. Cabron has no exact English translation but if said in the most loving of ways, “fucker” comes close. “This fucker just won’t stop eating.”

The son either doesn’t hear, pretends that he can’t, or has heard it so often he no longer cares.